My previous blogging on this lesson is here: https://joelsmonastery.blogspot.com/2011/03/new-testament-gospel-doctrine-lesson-11.html 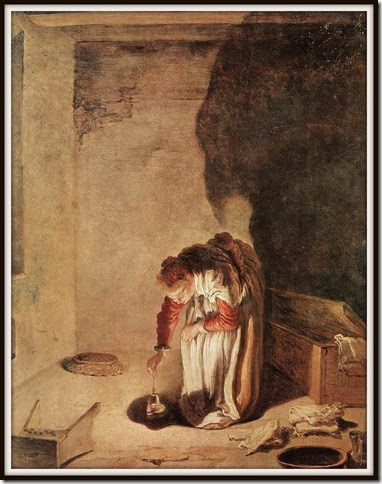 In this lesson, Jesus gives many of his parables. The word "parable" comes from the Greek, "parabole" which means a comparison of parallel things. In this context, Jesus' parables take every day events and compares them with the Kingdom of Heaven - the promise that heaven would come to earth for the Millennium. Unlike fables, which often give animals human characteristics and include magic, parables are ordinary and mundane normal events that have a spiritual meaning. The Hebrew form of the word, "mashal"also suggests something hidden, as in a riddle.

Here we have several parables, some long, others short. Each with a particular lesson. The parables were designed to have a hidden spiritual meaning, which only the true followers would understand. For the Pharisees, the parable of the sower would only seem like a story of someone planting a garden. For the believer, it would have far more important connotations, telling them what kind of people accept the gospel and retain that faith in their hearts.

In the same sense that these parables were hidden to the nonbelievers, so it was with the kingdom Jesus was building. The kingdom was hidden, initially being found only in the person of Christ. Only later would it expand to engulf much of the world through Christianity. In this instance, as with the good seed of the sower, some Christian faith would yield 30, some 60 and some a fullness (hundredfold - the full Restoration of the Gospel).

In chapter 12 of Matthew, Jesus encountered opposition by the Pharisees. They insisted he was healing by the power of Beelzebub (Lord of the Flies). Jesus countered that a house divided cannot stand, and so Satan could not heal and remain Satan. They then asked to see a sign, of which he only gave them the sign of Jonah (3 days in the fish/ground), calling them vipers, snakes that lie in wait to strike and poison.

It is in this context that Jesus begins speaking in parables. Even though the Pharisees had seen miracles, they still demanded a sign. When he did show miracles, they insisted it was from Satan. While miracles are sacred, Jesus' teachings were even more sacred. He was not about to throw his pearls before the swine. Instead, he taught openly through hidden means, parables. In this way, true disciples would understand through the Holy Ghost, while unbelievers would remain clueless.

Finishing his parables, Jesus is rejected by those he was teaching. They were amazed at his authoritative teachings and miracles, but in a bad way, "And they were offended in him" (Matthew 13:57).

Even speaking in hidden forms, the people were offended and rejected Christ. Mormon had similar results from the Nephites, in writing to his son Moroni, he noted:

Now, think of those who proclaim to follow the Savior today, but who reject the teachings of living prophets. Even among the membership of the Church of Jesus Christ of Latter-day Saints, there are many who reject the apostolic warnings against modern sins and worldliness. When the prophets speak in parables, or quietly and kindly, they are ignored. When they speak with strong words, they are condemned for being the white male patriarchy.

Christ explained the Kingdom of Heaven here on earth in parables. For us, with all the commentaries and books on the New Testament, we are able to see many hidden teachings without pondering on the things of the Spirit. Yet, that knowledge doesn't help us anymore than the Pharisees and people seeing the miracles Jesus performed, and then rejecting him.

As in the parables, we must seek Him diligently as did the widow seek her coin, the man sought to obtain the pearl of great price, or in leavening our own spiritual bread. As the seed in the story of the sower, we can let it land in a good heart, or allow our hearts to be hardened as rock.