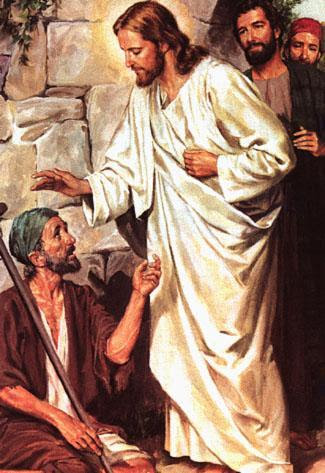 In a society built upon numerous and complex rules, the Jews were muzzled spiritually by the law of Moses. In the current Mosaic Law, there are 611 Mitzvot (laws/rules) for the people to follow. Added to these are the two commandments given to Adam and Abraham (multiply and replenish the earth and male circumcision), making a total of 613 commandments. These range from the 10 Commandments, to dietary laws, to how far a person could walk on the Sabbath.

Due to the loss of the 2nd Temple, most of the laws cannot be followed today, including the laws regarding sacrifices. And of the 77 negative and 194 positive commands that can be followed today, there are 26 that only apply within Israel itself. Maimonides’ list include laws on worshiping God, obeying the commands of God’s prophets, to be kind to other Jews, etc. But they also include some strange rules, such as: not to plant a tree in the Temple courtyard, one must afflict himself and cry out during hard times, a man cannot remarry his ex-wife after she has married someone else, a rapist must marry the woman he assaulted, and you cannot slaughter an animal and its offspring on the same day.

And then there were additional rules created to ensure people were keeping the rules of the Torah (Books of Moses). These were formed to build a wall of protection around the Torah, so no one could discover loopholes for their own benefit. For the Sabbath, there were rules about which knots could be tied. You could not set a broken bone on the Sabbath, although you could save someone from a burning house. Some laws became very exact and burdensome.

It was in this situation that the Pharisees and other Jewish leaders condemned Jesus for healing on the Sabbath day.

Take Upon You My Yoke

In this environment, Jesus called forth to the people:

Jesus rules would be few: have faith in Christ, repent of your sins, receive the ordinances as a symbol of obedience and faith, Love God and neighbor with all your heart.

In recent discussions I’ve had regarding sin and repentance, we find in LDS belief that we must repent:

“16 For behold, I, God, have suffered these things for all, that they might not suffer if they would repent;
“17 But if they would not repent they must suffer even as I;
“18 Which suffering caused myself, even God, the greatest of all, to tremble because of pain, and to bleed at every pore, and to suffer both body and spirit—and would that I might not drink the bitter cup, and shrink—
“19 Nevertheless, glory be to the Father, and I partook and finished my preparations unto the children of men.
“20 Wherefore, I command you again to repent, lest I humble you with my almighty power; and that you confess your sins, lest you suffer these punishments of which I have spoken, of which in the smallest, yea, even in the least degree you have tasted at the time I withdrew my Spirit” (D&C 19:16-20)

What we find here is that a complete and full repentance is required if we want to be saved by Christ’s atonement. It requires full submission. We are either yoked with him, or we are not. We cannot be partially yoked. If we choose not to be yoked with Christ, then we take upon us the full brunt of our own sins: the Spirit is fully withdrawn and we face the pangs of guilt, sin, and perdition, even until we do humble ourselves enough to surrender completely to Christ, and take his yoke upon us.

What kind of pain? Even as Christ suffered from Gethsemane, where he bled from every pore, to the cross, where he cried out: “My God! Why hast thou forsaken me?” (Psalms 22:1, Matt 27:46). Here, God the Father left Jesus utterly alone, even without the presence of the Holy Ghost, so that he could fully taste perdition and hell, so that he would know how to “succor his people” (Alma 7:12, Hebrews 2:18).

Alma the Younger experienced this great suffering. As he went about seeking to destroy the Church, an angel called him to repent or be destroyed. He collapsed into a coma, and experienced what some believe to be a Near Death Experience. He later related the experience to his son, Helaman:

"12 But I was racked with eternal torment, for my soul was harrowed up to the greatest degree and racked with all my sins.
"13 Yea, I did remember all my sins and iniquities, for which I was tormented with the pains of hell; yea, I saw that I had rebelled against my God, and that I had not kept his holy commandments.
"14 Yea, and I had murdered many of his children, or rather led them away unto destruction; yea, and in fine so great had been my iniquities, that the very thought of coming into the presence of my God did rack my soul with inexpressible horror.
"15 Oh, thought I, that I could be banished and become extinct both soul and body, that I might not be brought to stand in the presence of my God, to be judged of my deeds.
"16 And now, for three days and for three nights was I racked, even with the pains of a damned soul.
"17 And it came to pass that as I was thus racked with torment, while I was harrowed up by the memory of my many sins, behold, I remembered also to have heard my father prophesy unto the people concerning the coming of one Jesus Christ, a Son of God, to atone for the sins of the world.
"18 Now, as my mind caught hold upon this thought, I cried within my heart: O Jesus, thou Son of God, have mercy on me, who am in the gall of bitterness, and am encircled about by the everlasting chains of death.
"19 And now, behold, when I thought this, I could remember my pains no more; yea, I was harrowed up by the memory of my sins no more.
"20 And oh, what joy, and what marvelous light I did behold; yea, my soul was filled with joy as exceeding as was my pain!
"21 Yea, I say unto you, my son, that there could be nothing so exquisite and so bitter as were my pains. Yea, and again I say unto you, my son, that on the other hand, there can be nothing so exquisite and sweet as was my joy.
"22 Yea, methought I saw, even as our father Lehi saw, God sitting upon his throne, surrounded with numberless concourses of angels, in the attitude of singing and praising their God; yea, and my soul did long to be there.
" 23 But behold, my limbs did receive their strength again, and I stood upon my feet, and did manifest unto the people that I had been born of God.
"24 Yea, and from that time even until now, I have labored without ceasing, that I might bring souls unto repentance; that I might bring them to taste of the exceeding joy of which I did taste; that they might also be born of God, and be filled with the Holy Ghost" (Alma 36:12-24).


Alma was bereft of the Holy Spirit or Light of Christ (not the same as the Gift of the Holy Ghost), which giveth light to all mankind. Forced to face his sins, fears, and thoughts all alone, he knew just what he had become. Only in surrendering totally to Christ could this burden be forever removed, and he could return back into the light and even the presence of God (which Alma saw sitting on His throne).

So, Jesus does not just remove the long list of rules that burden us, but he offers an escape from the sufferings for our sinful choices. He will bear all pain and hell for us if we but yoke ourselves completely to him, and follow his lead.

How many of us who seek to keep the Sabbath day holy find it to be burdensome and hard? Perhaps it is because we overburden ourselves with rules on how to keep it holy. Many have hard and fast rules: no television, no shopping, no sports, etc. These are all decent rules to live by on the Sabbath. However, the average child hears these and thinks the command is: “Thou Shalt Not Do Anything At All on the Sabbath!” or “Thou Shalt Be Bored on the Sabbath Day!”

We end up creating rules as did the Jews. While we may not establish rules for which knots we can or can’t use, we can often make very tough distinctions on what can or cannot be done.

Yet Jesus taught by example: is it okay to do good things on the Sabbath? This threw the Pharisees completely off guard, because this did not fit in with their many rules. Today we may say we do not go on walks or have dinners with others on the Sabbath. But what if by doing so we lift someone who is struggling and down?

Perhaps this is the way to truly observe and keep the Sabbath holy: not by what we avoid doing, but by who we seek to bless. Did my efforts this past Sunday end up making me bored and anxious to see the Sabbath end? Or did I use the day as an opportunity to heal others?

Think of the many ways we can do this: writing letters to military members, visiting the sick and troubled, making cookies for the neighbor next door, taking the widow’s dog for a walk. In doing such, we ensure that the Sabbath is made for man, and not the other way around.